Archduke of Austria, Prince of Tuscany, Prince Grandmaster of the Sovereign Hospitaller Order of St John of Jerusalem, Knights of Malta 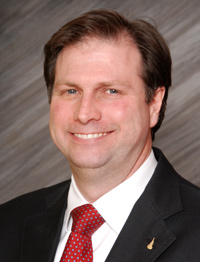 He spent his youth in Austria, the Dominican Republic, and Antigua W.I. He graduated with a degree in Mechanical Engineering in the USA with a focus on environmental protection and alternative Energy. His professional life has taken him from his work as a research engineer, where he received several patents, through consultancy, entrepreneurship and from the founding of several companies to his philanthropic work with his wife Herta Margarete.

Today he is on the Board of several companies and organizations. Together with his wife he is a trustee of the Association for Furtherance Peace in Vienna Austria with peace related activities in more than 70 countries.

In 2011 the initiative Young Flame of Peace was started to emphasize and to facilitate the possibilities for young persons to find friendship free from national, religious and cultural borders through encounters, education and participation.
On the retirement of the 78th Grand Master of the Sovereign Hospitaller Order of Saint John of Jerusalem, Knights of Malta, HSH Baron Adrian Busietta BGCSJ due to ill health, a democratic process of election witnessed HIRH Sandor Habsburg-Lothringen elected as the Order’s 79th Prince Grand Master.

He was officially bestowed the rank of Prince Grand Master of the Sovereign Hospitaller Order of Saint John of Jerusalem, Knights of Malta on the 2nd May, 2015, in Malta. For this solemn occasion, an ensemble of twelve musicians and four singers was brought together to provide a musical setting for the ceremony. The ensemble was to be the core of what quickly developed into one of Malta’s finest orchestras, The St Paul Chamber Ensemble.

In August 2018, His Imperial and Royal Highness honoured the Orchestra, which saw its inception at the ceremony of his installation as Prince Grand Master, by granting it his Royal Patronage.